USA (MNN) — “The increase in Jihad is a good thing.” That was the word from the President of the Crescent Project, Fouad Masri in a session during InterVarsity Christian Fellowship’s Urbana ’09 Convention. Masri says in Islam at the end of your life God weighs the good works with the bad and that’s how its determined if you go to heaven. 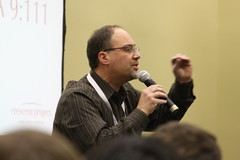 However, Masri says there’s only one way to escape that. “The only way to escape the system is to die in Jihad — in a war — trying to establish the rule of Islam. So the sign that more and more people want to join Jihad is a sign that people are thirsty for salvation, or thirsty for assurance.”

Masri says Muslims are what Jesus describes as sheep without a shepherd. “What you’re seeing is people who are spiritually are like sheep. And, spiritually have no shepherd telling them that, ‘yes they can have assurance, yes they can have forgiveness, yes they don’t need to kill themselves and kill others.”

However, Masri says Christians in the west simply avoid Muslims altogether. They try to argue with them about their faith. Some simply call them enemies and ignore them.

In his session Masri says there are three things Christians can do to win Muslims to Christ. You can love them. Develop friendships with them. That will allow you to bridge divide allowing you to share your faith.

Hundreds of students participated in Masri’s sessions this week. He says because many Christians are unaware of the issues facing Muslims around the world, nothing happens. “As they get exposed to the spiritual, social and injustices of Muslim woman [or instance], now they’re saying, ‘let’s do something.'”

Yale is a student from Chicago. He says God has convicted him that he needs to be more loving in Muslim outreach. “They’re people like you and me — people who want to be loved.”

Aaron is a Cornerstone University Student and says, “Over the last three years God’s really put it on my heart to work with Muslim people. So, that’s why I’ve come. I don’t have much experience with them personally, but I came to find out more. I graduating soon and I’m planning to do my student teaching in Turkey.”

Crescent Project has a number of resources to help you get the information you need to reach out to Muslims. Go to CrescentProject.org for information. 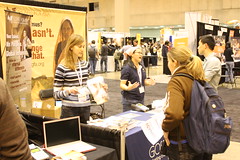 Gospel For Asia at Urbana '09

I was also able to walk through the convention center, or the Global Connections center where more than 200 mission organizations and agencies are displaying this week.

Mission Aviation Fellowship is just one organization. MAF Recruiter Brian Behal says this Urbana isn’t as busy as it was three years ago. “The attendance is down. I think the economy has affected it a bit, but the quality of the folks who are here are every bit as high quality as they’ve been in years past.”

Behal says while ‘social justice’ is this year’s Urbana ‘buzz word’ MAF is involved indirectly. “We don’t have any specific social justice outreaches, but we’re working in countries where after we’re done with our day jobs — which is ministry for us — we can get involved in those kinds of things.”

President of Africa Inland Mission Ted Barnett says they need more people in Africa. He says a recent trip to Africa, “every place I went they said we are in desperate need of teachers and trainers. Most of the missionaries have left because of all the strife and conflict that is going on.” 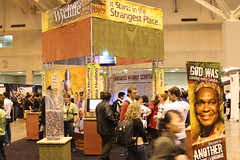 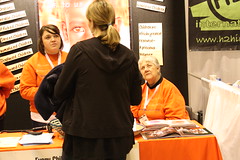 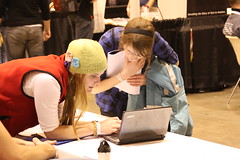 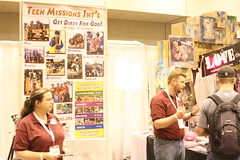 Pictures of Urbana ’09 are available at http://www.flickr.com/photos/gregyoder/

Urbana 09 – Why are you here?
Get the latest news directly to your inbox Subscribe