Greg and Team to Russia

Russia (MNN) — You’ll never know what it means for you to love a child. That statement is reverberating around in my head. I have been on many short-term mission trips. Most of them have centered around helping orphaned children. I’ve always wondered what difference it made — until now.

On June 30, 2013 I will be traveling with Orphan Outreach to document a story that’s come full-circle. It’s the story of a woman who discovered a little boy with incredible needs and simply loved him. 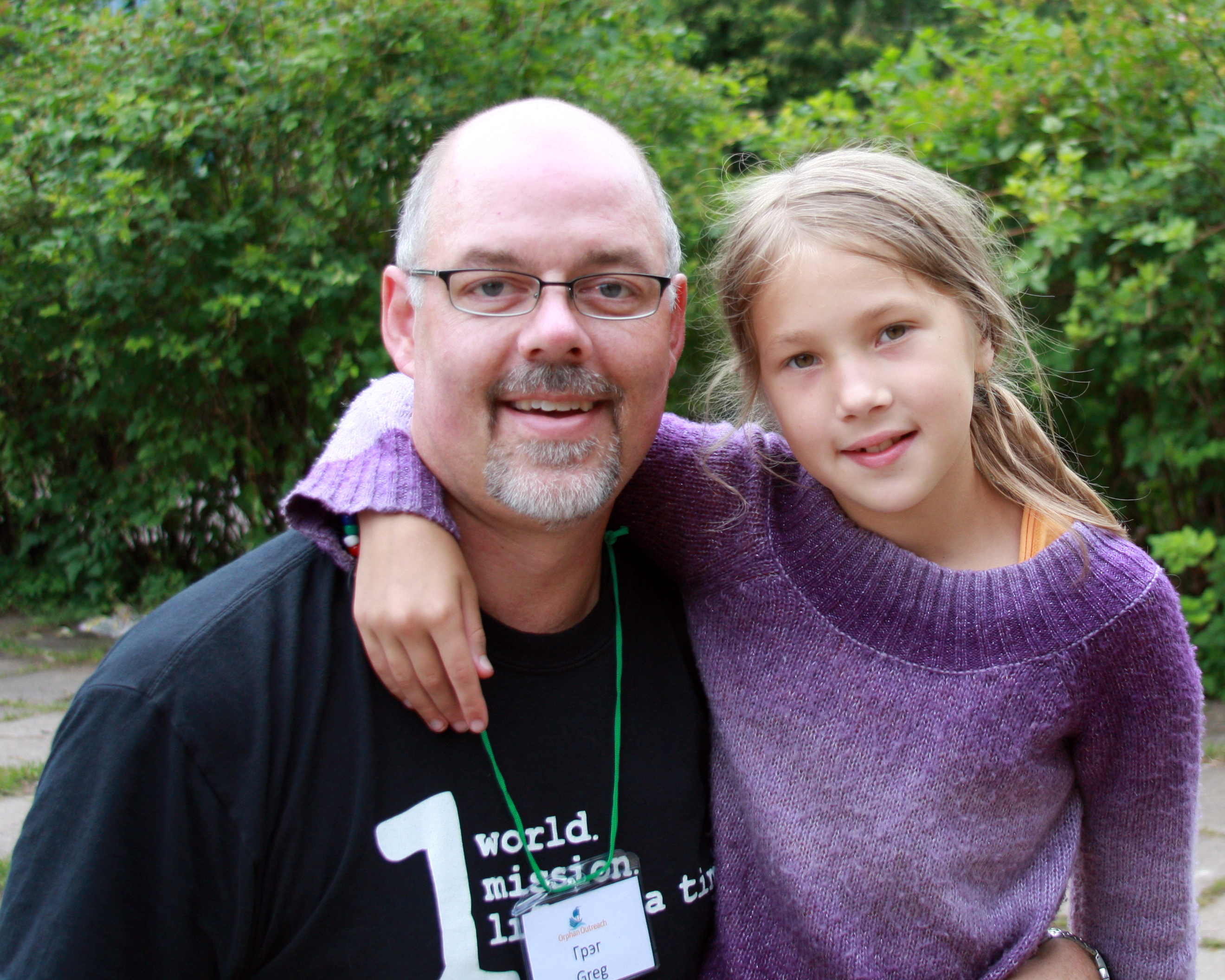 I don’t want to spoil the surprise because the video that we’ll be producing will give you the details of the story. But, the conclusion is that because of this woman’s love and affection for this boy, now, as a young man he understands that God is the one who orchestrated it.

The bottom line is this young man had a disability that most of his caregivers said he wouldn’t survive. It caused incredible deformity. Yet, this woman’s relentless care for him made it possible for him to get the medical attention he needed to lead a normal life (his words). Even though it took years.

Understanding that she did something special for him, he made it his purpose in his young adult life to find her and thank her for what she did for him. One year ago, he found her. This week we’ll be reuniting these two. We’ll catch it all on video so you can see it first hand.

While I’d love to give you all of the specifics, I would like them to play out naturally. As they do, I’ll pass the information along to you through this blog.

It’s all happening in the city of St. Petersburg, Russia. A city full of history. It’s also home to orphaned children who can no longer be adopted by American families. Their futures are bleak.

The second part of our coverage will focus on what happens to orphaned children when they age out of the orphanages. Who do they look to for guidance. Who helps them understand how to budget, buy groceries, pay bills, take care of their apartment, and help them make important personal decisions? Also, what role does the local church play in all this?

We’re hoping to answer all those questions and develop a tool to encourage Christians in the United States to come along side churches in Russia so they can work together to help orphaned and foster care children in both nations.

Come by my blog all week along and I try to share my heart.

Training workers to leap through the 4/14 Window.

Congo-Kinshasa (MNN) — You’ve heard of the 10/40 Window, as it applies to missions, right? (If not, it refers to regions of the eastern hemisphere, plus the European and African part of the western hemisphere, located between 10 and 40 degrees north of the equator-places with the highest levels of socioeconomic challenge and the least access to the Gospel.)

What about the 4/14 Window? It represents the golden age of opportunity to transform the world. It’s actually describing kids from age four to fourteen years old, which is the most open and receptive age to every form of spiritual and developmental input.

Yet, this people group has often been overlooked. They are the most vulnerable to upheaval and sometimes, the least protected. Many countries experiencing social upheaval have a very young population that is being impacted by the ideologies surrounding the uncertainties in their countries. Still, with the right focus and resourcing, this enormous and largely ignored people group can become agents of change in God’s Hands.

Every Child Ministries’ Lorella Rouster shares a case in point with a pastor she spoke with in the Democratic Republic of Congo. “I talked with a pastor who had received our training from years back, and that training was about how to reach children with the Gospel.”

The first step for this pastor was to raise awareness. The fact that he was working in Kinshasa pointed to an issue dealing with the value of children. “You’d think that the Church, having the Scriptures, would realize the value of children, but that isn’t always the case.”

She goes on to explain, “He ended up in Kinshasa, the capital city, and began gathering a small group of neighborhood children and started a Sunday school for those children, and those kids enjoyed what they were hearing. He began to visit their families and won many of them to Christ.”

Careful cultivation of the relationships with both the kids and their families yielded results. “Today, that effort has grown to an active church of several hundred people”, she says, adding that serves as the model for other work in other countries. “We’re finding that starting a Sunday school for children can be a very effective way to plant new churches.”

You may be wondering how kids are effective evangelists. That’s answered by this question: “Have you ever had your child participate in something he/she really likes? ” It’s singular focus and enthusiasm that drives the Gospel message into the homes of the Sunday school kids. “We’re trying to reach children one by one, but children are attached to families , so when the children come to Christ, typically, they go home and talk about the good things that they’re hearing, and how much they enjoy it.”

According to ECM the average for village Sunday schools seems to be about 80 children. This means ECM training is responsible for about 200,000 children receiving weekly Bible training in Central Africa.

The pastors who utilize the training start with friendship with the families-building relationship and trust within the communities. ECM’s goal is to empower local Bible-believing churches to reach children through any means possible. “Reaching children is a very effective way to building the kingdom of God. People can actually support a person to receive a year of intensive training and reaching children for only $350.” Rouster goes on to explain that $350 is really an investment in one person’s life, “and yet It can result in thousands coming to Christ, not only children, but whole families, and even in churches being planted.” ECM is asking for a little boost to help more trained leaders get through the Window before it closes. Resources are one part of the solution. Prayer is the other. “Pray that those who have been trained will remain true, they will remain faithful to Christ and to the Scriptures.”