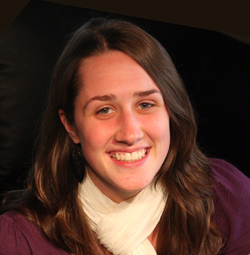 Elisa Talmage is heading to India.

Six days from now, I leave for my first ever trip to India. The South Asian nation has been on my heart for some time. When a massive earthquake struck India in 2001, the school I attended responded with a fundraiser called “India Fest”. It included Indian food, dancing, purses, bangles, henna and beautiful music. This was my first encounter, really, with Indian culture, and it had me captivated. The event was such a success that the school held annual “Culture Fest” celebrations thereafter, celebrating Indian culture, but also Greek, Hungarian, Irish, Senegalese and so on. Still, I was always drawn to the India table, vibrant with color, mirrors, silver, and intricate designs.

A number of years later, I began working for Mission Network News, where I learned really for the first time how impoverished and oppressed many were in the country that had caught my eye so long ago. I was not ignorant of India’s poverty before then, but I had never allowed myself to think on how much persecution her church faced. Upon this realization, I also came to terms with how many street children there were in India, unable to get an education or, many times, even a meal. My heart broke for India’s children, and I decided to sponsor a 10 year old girl through Gospel For Asia. As I dove even further into the findings of Indian society, I learned that the nation was also plagued by a terrifying trafficking issue. I unveiled the ugly truth that mothers had no option but to prostitute themselves, and their children followed; that some children were forced into begging on the street for money they couldn’t keep; that female infants were sometimes “dedicated” to gods in the form of temple prostitutes. It was devastated information, and yet if anything, it made me fall in love with the people of India more. The way I had seen the church respond to these issues–of trafficking, of poverty, of persecution–blew me away. Such courage and conviction of belief did not seem to be quite matched elsewhere.

And frankly, I can’t wait.