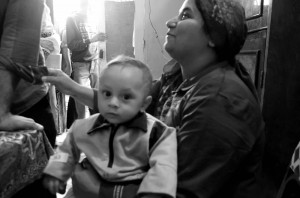 Lebanon (MNN) — It’s been a rough month in Lebanon, and it’s only getting worse.

On Wednesday, a senior member of the Lebanese militia group Hezbollah was assassinated in south Beirut. Middle East and North Africa expert for E3 Partners, Tom Doyle, says, “Mr. Hassan al Laqis, with Hezbollah, was killed, and immediately Hezbollah did the default and blamed Israel.”

However,  Doyle believes the blame was misplaced for two reasons. First, a little-known Sunni group claimed responsibility in a Twitter post. Second, “Israel has no motivation to be taking down terrorists, whether they’re in Syria or in Lebanon, because the uprising in both countries is nullifying those groups.” Doyle goes on to say that it makes more sense that it was Sunni Muslims that killed Laqis “because they’re trying to get the Hezbollah influence out of Lebanon altogether, just like they’re trying to do in Syria.”

Hezbollah’s military has supported Syrian President Bashar al-Assad as his forces battle rebels trying to oust him. Laqis’ murder is seen as an escalation in the proxy war. The killing fueled concerns over a tit-for-tat cycle connected to Syria’s troubles.

That’s where Christians get dragged into the fight. Doyle explains, “Under Bashir Assad, Christians have done better in Syria than if the Sunni Muslims were to take over, which would be about 70% of the country. They see the Alawites, the Christians, the Druze, the minority groups as essentially one in the same: obstacles that are keeping them from ruling the whole country.”

With so much at stake, those bearing the brunt of the hostilities are desperate for hope.  Doyle says an underground church movement has emerged in Syria. “They’re hearing in Syria about people turning to be a part of the ‘Bible-people.’ We need to  pray for above-ground churches, which are an obvious target, and the underground churches which are spreading rapidly in Syria.” 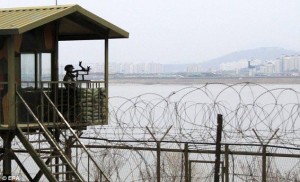 E3 Partners is also providing resources and other support to the body of Christ in both Syria and Lebanon. Surrounded by enemies, Doyle says there’s one more thing you can do to help the Christians in this region. “We’re asking believers to pray for them. We set our watches at 8:38 pm, and that’s for Romans 8:38-39 — ‘For I am convinced that neither death nor life, neither angels nor demons, neither the present nor the future, nor any powers, neither height nor depth, nor anything else in all creation, will be able to separate us from the love of God that is in Christ Jesus our Lord.’”

Have you heard of the 8thirty8 prayer movement on Facebook? It’s one way you can connect real-time with Christians in the cross-hairs. Why? Because as we in the West are getting ready to rest, the believers in the “danger hot-zones” are getting ready to face a new day. Their day will be faced with uncertainty and probable danger, simply because they follow Jesus. Doyle concludes simply. “We invite believers to get onto the 8thirty8 Facebook site, to get prayer requests from the underground church, SOS signals that are coming out to the body of Christ, pleading with people to pray for them.

Become a Champion for Children