Pakistan (MNN) — 105 people are dead following a car bomb attack in a Peshawar market. Many are mourning today in Northwest Pakistan, eclipsing a peace mission by U.S. Secretary of State Hillary Clinton.

The carnage caps a month of escalating violence in the Muslim nation where a full security alert and huge anti-Taliban offensive is underway.

The increasing insecurity has many Christian organizations on alert, including evangelist Sammy Tippit who does work in Pakistan. Did the recent car bombing affect their work? Tippit says, "All ministry has been affected by the bombing. Any time something like that takes place, it causes people to stand back and re-evaluate everything because lives are at stake."

According to Tippit, a lot of non-government organizations are working in the area where the bombing took place.

While Christians with his organization weren't hurt in the most-recent bombing, Christians are at risk every day. "Leading up to this, for the past few years there have been Christians who have lost their lives directly because of threats against the Gospel going forth. And it has been a very difficult thing. The people that we have worked with and partner with have had their lives threatened."

When people die as they do the Lord's work, Tippit says organizations pause what they're doing. "We want to keep going forth with the Gospel, and yet at the same time, we want to be careful that we don't unnecessarily put people's lives in harms way."

While Tippit's ministry wasn't directly affected this time, he says, "We have had people who have worked with us in Pakistan who were killed because of the work they were doing."

While the bombings weren't a direct attack on Christians, it still causes one to count the cost. "When this happens, it causes everyone to just stop for a minute and re-evaluate: 'What are we doing? How are we doing it? Is it strategic?' It's really something we need to be praying about."

Tippit is asking Christians to pray. "Pray for a circle of protection to be around all of the believers in Pakistan, and especially those who are serving in full-time ministry because their lives are on the line." 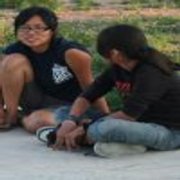