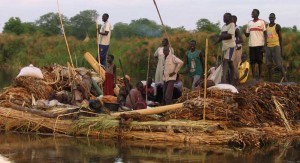 (Photo courtesy Food For the Hungry)

Food For the Hungry Director of Emergency Response Pete Howard explains the tinderbox situation that’s been developing since the 2011 Independence. “It has a lot of potential in oil revenues. As you can imagine, it causes a lot of tension: people vying for power and control of those revenues. In the last few days, political tension has overflowed into military violence.”

Tensions have been high since the July sacking of the entire cabinet. The government has struggled to establish a functioning state since becoming Africa’s newest nation. Howard goes on to say that on 16 December, “There was a military coup where the former vice-president was trying to take power back from the current president. That turned into fighting.” In fact, it resumed hours after South Sudan’s President said his forces had halted the coup.

By dawn, South Sudan’s President Salva Kiir declared a curfew in effect, running each night from 6 p.m. to 6 a.m. “Thousands of people did have to flee into various areas. Some [fled] into a Catholic Church, some into various U.N. compounds, trying to flee the fighting and find safety,” notes Howard. 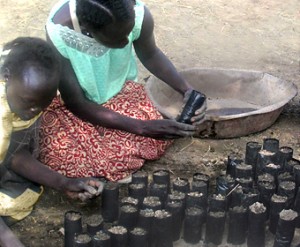 (Photo courtesy Food For the Hungry)

But is this war a war of words, money, politics, or tribe? Kiir is from the Dinka community while the former vice president, Riek Machar, is Nuer. Maybe it was about something much more basic: survival. Howard says, “The needs continue to be incredible. The potential continues to be incredible, as well. That’s why Food For the Hungry is there, trying to connect people with the development opportunities and to walk alongside them as they build a future.”

The fear is that the fighting will further inflame these bitter conflicts and push South Sudan back into what it was prior to independence.

Meanwhile, the FH team hunkered down as the bullets flew around both sides of their Juba compound. FH has been working with communities for 12 years to increase farming, income, education, and water access. “This kind of fighting puts all of that in jeopardy. In the last few days, our staff has had to completely shut down our operations in the country, at least around the fighting.”

This is a nightmare for those who came home to South Sudan postwar without having land or resources to restart their lives. FH is helping conflict-affected communities, including displaced families, to rebuild their lives. It is this work, Howard comments, that softens hearts for more. “By being there, caring for them with the compassion of Christ, that is the Gospel. Oftentimes that can turn into really great conversations about being created in the image of God and the opportunities there are as people reach their full potential.” 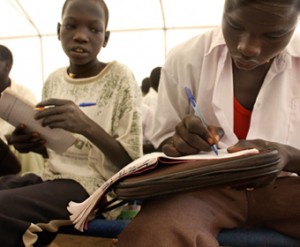 (Photo courtesy Food For The Hungry)

The Emergency Response team is also supporting FH staff in South Sudan in their ongoing Emergency-in-Education programs for youth and also in their plans for new programs to bring greater health and hope to these communities. Disruption to these programs presents a setback that can only be answered one way: “We’ve been asking people to pray for peace and security in the coming days so we can resume supporting the communities.”

Click here for ways to be part of the peace solution.