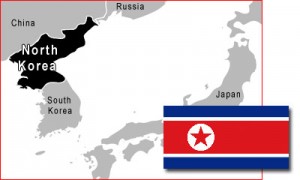 North Korea (MNN) — North Korea is arguably the most isolated country in the world. It has also won a reputation for brutality, leading the Open Doors World Watch List (a ranking of the 50 countries where persecution of Christians is most severe) for 12 consecutive years.

Last week’s abrupt arrest of Kim Jong Un’s uncle and former protector, along with a short announcement of his execution, sent shockwaves through the country as people try to figure out what it meant. It won’t mean pleasant things to come, notes Open Doors USA President and CEO David Curry. “It signaled to people that North Korea is very, very unstable.”

Some analysts have suggested that the execution has diminished Kim Jong-Un’s authority. Curry agrees, noting that fear buys time. But, he adds, fear does not buy loyalty. “Many people who I’ve talked to feel like this regime may fall. This is a game plan that other dictators have used, and so in that way, it’s familiar.”

Since the Kim family came to power, North Korea has taken harsh measures to strengthen the mystique around the family–with terrible consequences. The priority seems to be the survival of Juche, a political thesis formed by Kim Il Sung, which states that the masses are the masters of the country’s development. This idea seems to have morphed into what the government uses to justify its policy decisions, ending with a near deification of the leaders.

That begs the question of whether the execution was a way to consolidate power under Kim Jong-Un. It may have had the opposite effect, notes Curry. “It shows that perhaps Kim Jong-Un is very insecure in his leadership and is tightening up and cracking down within his administration on people who would not be absolutely in line with him or in some way, cause a threat to him.”

Among those who are considered threats: Christians. For years, they’ve taken the brunt of oppression in North Korea. “We’re talking about thousands of people who are imprisoned in North Korea because they read a Bible, because they worshipped the name of Jesus”, explains Curry. With this new crackdown, it could mean worse to come, if that were possible. Now, those caught with a Bible usually face death or internment in a labor camp. Christians report that they are still being completely isolated from the outside world. It is estimated that between 50,000 to 70,000 believers are languishing in prison camps. Some arrested Christians have been tortured and then released in order to betray their brothers and sisters or to serve as bait. Sources inside North Korea are concerned about rise of the ‘Third generation’ concentration camps which would not only punish the offender, but also his children and his grandchildren, he adds, “in order to snuff out lines of rebellious people.”

For underground believers in North Korea, prayer has become their lifeline. The country is completely dedicated to the ideology of Juche, which means “self-reliance.” Hundreds of thousands of Christians have died because of persecution, and up to 35,000 are currently in prisons or work camps. The true number of Christians is unknown though estimated by most reliable sources to be around 100,000.

What can you do? Pray that these believers would hold fast to their faith. Ask God to work change under the leadership of Kim Jong-Un. Pray that believers remember that Jesus is enough, whatever the trial. Be an advocate. To begin, click here.

Saving lives, changing destinies
Get the latest news directly to your inbox Subscribe