Sudan (MNN) — Persecution isn’t just hanging around in Sudan: it’s getting worse. Between 2011 and 2013, the nation rose from #35 to #16 to #12 on the Open Doors World Watch List, a ranking of nations where persecution of Christians is most severe. 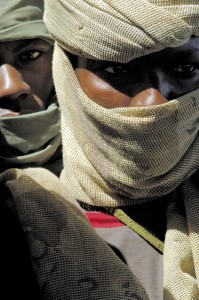 “What we’ve seen over the past year is a real increase in the amount of persecution of Christians,” says Matt Parker of Kids Alive International. “There’s real intimidation.

“There’s a lot of fear, a lot of concern about what the future holds.”

Oft-quoted philosopher George Santayana once said, “Those who cannot remember the past are condemned to repeat it.” If that statement holds true, the coming months will hold more of the same for Sudan.

Back-to-back civil wars killed approximately 1.5 million people, and violence continues today in Darfur. Persecution of Christians has been steadily increasing since 2011 when the Christian-majority south seceded from northern Sudan, where Muslims hold an upper-hand.

“We want to present a constitution that serves as a template to those around us. And our template is clear: a 100% Islamic constitution, without communism or secularism or Western (influences),” Bashir told a group of Islamic Sufi leaders in July 2012.

“And we tell non-Muslims: nothing will preserve your rights except for Islamic sharia, because it is just.”

Areas known to hold a high population of Christians are increasingly targeted by government forces. In the Nuba Mountains, “there are regular bombings…carried out by government forces; they’re not allowing food, medicine, [or] fuel in,” Parker says.

Abiye, a region near the Sudan-South Sudan border, holds many Christ-followers. They’re facing a great deal of pressure from the government, too.

“This is part of a country-wide persecution of Christians,” states Parker. He says the Sudanese believers they work with in Khartoum are facing indescribable hardship.

“Christians that I know, that we have contact with, have been imprisoned; some have been deported. There are stories of believers being beaten,” he says. Some believers are facing death threats.

A Christian worker recently told Parker that he’s being required to check in daily with police. Churches are being closed down and destroyed. Heavy restrictions are imposed on congregations, limiting the hours they are allowed to meet and hold activities.

Parker says one of the churches he worshipped in while visiting Sudan was recently attacked.

“The security forces broke into the compound and beat people, and then they’ve handed some of the land over to a Muslim businessman,” he shares.

The purge isn’t limited to buildings and people clearly belonging to Christ. Many Christian organizations are also being forced to shut down, including “schools and orphanages that are providing care and support to the vulnerable.” 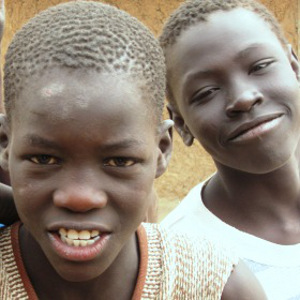 Thankfully, Kids Alive has a boys’ home that’s still up and running, providing a safe haven for street kids and other vulnerable children. At the Boys’ Home, kids receive Christ-centered care and education. You can learn more here.

“We have staff that is committed to caring for them and enabling each of these kids to reach their full potential,” says Parker.

“The problem that we’re facing at the moment is just the level of pressure that our staff has been under. It’s been a really tough year for our ministry there. Pray for our staff, for the strength, for the energy and wisdom to carry on.”

Pray also for the children they care for.

“Pray that despite all that’s happening, they would have a real sense of God’s presence, and that they would come to put their trust and their faith in Jesus,” Parker requests.

While you’re at it, pray for all of Sudan’s believers.

The voice of prayer across the world