Who is behind attacks on St. Louis churches?

USA (MNN/ICF) — The local government is calling it “domestic terrorism.” And yet, few people are aware of what is going on within a three mile radius of Ferguson, Missouri, the community wracked by race-driven riots over the summer.

A native of St. Louis, Michelle Higgins explains that within a 10-day period, “Seven different churches have been targeted by arsonists. The police currently have no suspects, but these churches are either predominately African American and the downtown or north parts of our city (St. Louis).”

The attacks have raised concerns that hate crimes are on the rise. Perhaps location plays a role, or mission. “They are in the downtown or in the north parts of our city, and they do outreach programs specifically to people who are underprivileged, or lower income, and also to a lot of race-based ministries.”

Higgins is involved with the #BlackLivesMatter movement through participation in civil disobedience, leadership development, logistics, and administrative support. She’s also a speaker at InterVarsity Christian Fellowship’s URBANA 15 Student Missions Conference this December. Her topic: faith leaders and their engagement with the #Blacklivesmatter movement. The discussion will include an opportunity to ask questions and explore issues of #Blacklivesmatter and the Gospel, solidarity with the oppressed, and engaging the broader Christian community.

Given the conflagration that gripped the St. Louis area during the riots, Higgins is matter-of-fact about the arsons: they’re about religious freedom more than race. ”Our concern, at this point, is that it’s basically an attack on the kingdom building work that our churches have been up to in St. Louis.”

Each fire was set at the church entrances. Damage to the churches varied, but it’s clear that each of them will need to install or repair security systems, not to mention structural repairs. Have the fires been disruptive to the churches? In a physical sense, yes. “Some of the churches have had worship services outdoors, in parks, or they’ve had to go to their sister churches.” Higgins goes on to say it’s also been “disruptive in a healthy way, and in a startling way that actually deepens our faith and forces us to repent and to respond.”

By acting as a faith community, the fires can actually help unify a fractured church body. “St. Louis is a place where divisions are rampant. The people of faith must be the first to admit those divisions and the first to make the changes.”

Higgins launched a crowdfund campaign to help raise money to help. They hope to deliver $3,000 to each congregation and to raise the money in the time it took to attempt to tear these structures down (ironically, Sunday, November 1, the International Day of Prayer for the Persecuted Church).

There’s a lot to do in the days ahead. First, for her community: “Pray for Godly confidence–confidence that tells us that there is an end to this strife and every step that we take towards unity really builds the Kingdom.” Then, for the Urbana leaders: “Prayers for the saints, for unity, for confidence, and for rest.” 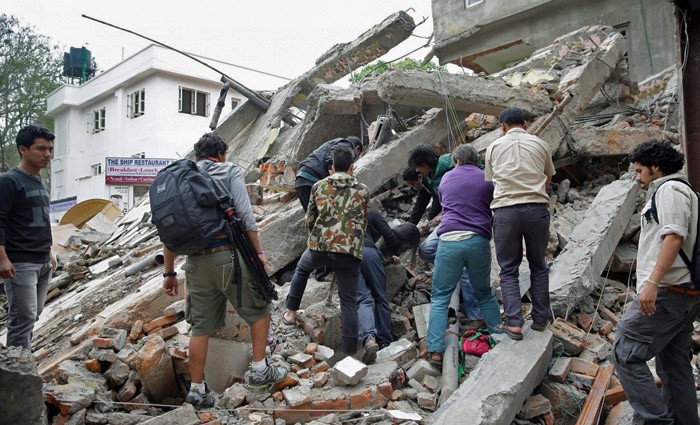 The three Rs in short supply in Nepal