Will violence toward Christians ever end? 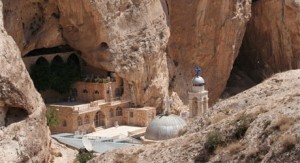 Syria (ODM) — Due to recent events in Syria, Mission Network News shares an article from Open Doors International. The article also reiterates the seriousness of past events in Syria.

The international news is full of stories about the desperate political state in Syria, the international response, the negotiations, and the progress of chemical weapon destruction. While the civil war is negatively affecting everyone in Syria, as well as the thousands who have fled, Christians seem to be targeted in particular ways.

A report prepared for Open Doors International,  which works to distribute aid relief to Syria’s internally displaced persons as well as refugees in bordering countries through partner churches, confirms that Syrian “Christians are increasingly becoming targets of violence purposely conducted by Salafist and jihadist groups.”

Just last week, the Vatican reported that 12 nuns were abducted as opposition rebels captured Syria’s historically Christian town of Maaloula on Dec 2. The majority of the town’s Christian population is thought to have fled during clashes between government forces and rebels in September, leaving behind a mainly Muslim population.

The 40 nuns of the Orthodox Mar Takla convent were among the few determined to stay, until 12 were abducted. They were reportedly taken against their will to the nearby rebel-held town of Yabroud. Febronia Nabhan, Mother Superior of a neighboring convent told the Associated Press that the nuns who were abducted were accompanied by three additional women, increasing the total women taken to 15. Nabhan said that the Maaloula convent’s Mother Superior, Pelagia Sayaf, called her later on Monday to assure her that they were all “fine and safe.”

According to international humanitarian law, the intentional vandalizing of religious buildings during armed war and the use of human shields constitutes war crimes. Human Rights Watch urged the UN Security Council to refer the situation in Syria to the International Criminal Court (ICC).

NGOs report that when Islamist-dominated opposition groups take control of towns and villages, Christians face a particularly severe threat. Analysts estimate that of the approximately 100,000 armed opposition fighters, more than two thirds are Islamists, and around 10,000 are jihadists from outside Syria.

Father, protect us from both indifference and despair as we are barraged with news reports on the civil war in Syria. Help us to pray faithfully. We pray that You would use the international community to bring peace to this nation. We pray for our fellow Christians in Syria that they would remain firm in their faith, and that they would be kept safe from attacks. As we consider their faithful compassion for neighbors in the midst of their own suffering, we pray that You would provide food and shelter, for them and for those to whom they minister. We pray for those who do not yet know You, that they would see in Christians the glorious presence of Christ, and that they would be drawn into faith. And we pray for the nation of Syria, that it would turn from spiritual darkness and become a beacon of hope in the world, praising the name of Christ. In the name of Jesus, who strengthens us to pray and serve Him in all our circumstances. Amen.

This is not your average Christmas Party