International (MNN) — If you love kids and need internship credits, this story is for you. 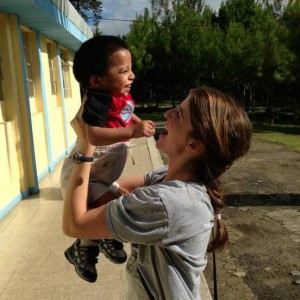 Rachel Carson is a senior at Louisiana Tech University. This summer will be her second time interning with Orphan’s Heart. She says their internships are more “hands-on” than most.

“If you have a passion for working with kids, this is where you need to be, because you are with them all the time,” she shares.

“You’re not just working with them for a few hours in the afternoon doing crafts and activities. You’re helping them with meal times, and you’re getting them dressed in the morning.”

Along with joining Orphan’s Heart on several short-term trips, Carson spent one summer interning at the ministry’s Malnutrition Center in Guatemala. It was actually her second visit to the country; Carson first journeyed to the Central American nation with her home church a few years ago.

“In that one week I was there, I fell in love with those kids; I don’t know how it happened, but I was stuck and decided to go back,” Carson says.

Imagining the internship as a longer version of her first trip, Carson was quick to spend her summer in Guatemala with Orphan’s Heart. Upon arrival, though, she found it to be much more than she expected.

“It’s so different because you’re not just loving on the kids for a week anymore: you’re building relationships–not only with them, but with the nannies that are taking care of them,” shares Carson.

“If I was feeding babies, I was witnessing to the women around me by the love I showed them, as well as the children.”

According to the elementary education major, Orphan’s Heart internships focus more on practical application than theory. 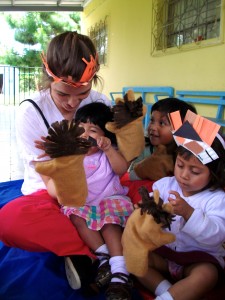 “In those five weeks you’re there, [you’re] learning the culture, learning the language, but also just showing God’s love in all areas,” says Carson. “We built forts and we were at the doctor’s office, and we did all these fun little things together. You just get to relive a part of childhood; I think it almost brings the child back out in you.

“Some of my favorite memories were at night, putting them to bed and getting to read them stories before bed.”

Like most college experiences, Carson’s internship led to new relationships. She was one of three students interning that summer at the Malnutrition Center; their stint followed an internship group of nine.

“It was a challenge because the three of us were doing the work of nine,” says Carson, “but I’m so grateful for it because I’ve got two great friends now that came out of it.”

It was five weeks of love and hard work, she says, but “it was definitely worth every week and every minute I was there.”

Orphan’s Heart has opportunities in Guatemala, Uganda, and the Dominican Republic. In each location, Carson says you can share God’s love with orphans and vulnerable kids.

“As a college student, the funds are not, you know, ‘present’ at all,” she says. But as she took the first steps of obedience to God’s call, “door after door opened [for] fundraising opportunities, and my friends supported me and helped me do fundraisers.”

As Carson prepares to spend the summer of 2014 in Uganda with Orphan’s Heart, pray that funding and logistics come together smoothly.

“I expressed an interest to Orphan’s Heart about missions, period. As long as I was working with kids, I would go wherever they needed me to,” Carson explains.

“It’s just crazy how God opens doors, when you allow Him to.” 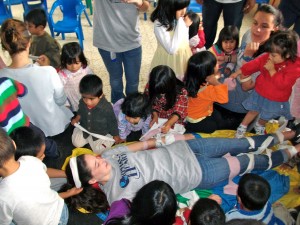 Pray for discernment for college students making plans for summer internships. Carson says, “If you want to do the Lord’s work, then Orphan’s Heart is the place for you to be because He’s moving, and He’s done great, incredible things.”

Pray for wisdom and clarity for students facing multiple options. When Carson chose to spend the summer in Guatemala, she was choosing between that opportunity, leading a Bible study, or being a summer camp counselor.

“They all seemed like great, great things, and I could glorify God in any of those. But I just prayed that God would lead me in the direction that He had willed for my life, and do that through opening and closing doors,” shares Carson.

“One door at a time, I made it to Guatemala.”