Syria (MNN) — Tensions are ratcheting up over Syria.  Last week, the U.S. bombed the Shayrat airbase in Homs, three days after a chemical attack in Idleb province killed more than 80 civilians.  Now, Russia and Iran and their allies are warning the U.S. about potential retaliation should similar further action occur in Syria.

USS Ross firing a Tomahawk missile towards air base in Syria. (Photo courtesy of Wikipedia/CC)

“President Donald Trump said that the attack was prompted by concern for the lives of Syrian civilians, but his administration has shown callous disregard for Syrians attempting to flee for their lives. He must immediately revoke the Muslim travel ban and end restrictions on refugees from Syria, fleeing the horrors at home.

“US forces also must strictly adhere to their obligations under international humanitarian law and take all possible measures to protect the civilian population when carrying out military action, including by refraining from using internationally banned weapons, such as cluster munitions. Recent airstrikes by the US-led coalition in Iraq and Syria have killed hundreds of civilians, many of whom were women and children trapped inside their houses.

“The United Nations Security Council has been unable to protect civilians in Syria for the past six years. It has emboldened all parties to the conflict in Syria to commit appalling crimes with impunity. It is imperative for member states to adopt a resolution that would ensure an investigation on the ground into the chemical attack that took place in Khan Sheikhoun and that would facilitate bringing perpetrators of such crimes to justice.”

Kristine Van Noord is Bethany Christian Service’s Program Manager for Refugee Adult and Family Services.  The casualties from the chemical attack and the subsequent response since then drove home this point for her:  “Syrian refugees are victims of horrific terrorism and really need to have a safe place to come to.  Hopefully, as Christians, we can respond with the love of Christ to welcome them into our country.”

She adds, “All throughout the Scripture, it shows very clearly that God asks us to welcome the stranger and to care for the orphan and the widow.  That’s who we’re caring for as we welcome refugees.  We believe very strongly, as it says in 2 Corinthians, that God’s love compels us.” 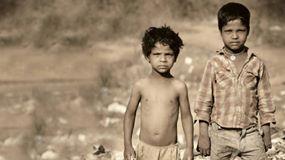 That’s becoming especially true now that more reports are surfacing of ISIS prowling the refugee camps, as well as attacks on refugee camps in Syria, Turkey, and Jordan.  “There’s no opportunity for the Syrians who are fleeing this terror and this violence to be able to stay in Syria or to live viably in a country outside of Syria.  Really, third country resettlement to a place like the United States is one of their only options.  That’s why it’s so important, in light of everything that’s going on in Syria; I think we’re seeing now, more than ever, that it’s just not possible to live safely there.”

Bethany Christian Services has been actively involved in refugee resettlement since the 1960s.  With the advent of the Syrian crisis, they’ve been consistently on message with the need for resettlement help.  VanNoord explains the process this way:

Every city has a different number of resettlement agencies.  For example, in Grand Rapids, where Bethany is headquartered, they are an affiliate of Church World Service.  There is Samaritas, which is formerly Lutheran Social Services of Michigan, and EMN is Episcopalian.  VanNoord says Michigan has taken in the second largest amount of Syrian refugees, right behind Texas.

However, for those resettling outside of Michigan, she says faith-based resettlement agencies often engage a church that can provide additional assistance and friendship to the family — things like meeting them at the airport, helping them apply for benefits, cultural orientation, registering for school and English classes, getting them involved in an employment program so they can find and maintain employment — pretty much everything you can imagine would be necessary.  In addition to the resettlement services, Bethany offers other employment services and health programs as well.