A decision earlier this month took life-imprisonment off the table and left only the death penalty. These laws have been under debate for years, but spokesman for The Voice of the Martyrs USA Todd Nettleton says don’t expect this change to be undone any time soon. “There is a strong base of radical Islamic support of the laws, so even the government authorities who have talked on repealing the law or they’ve talked about modifying the law has always been met with a very stiff wall of opposition from those radical Muslims within the country.”

The laws are widely criticized for loose interpretation and the rampant abuse, Nettleton adds. “I think everyone acknowledges that they are misused. They are used as a weapon to settle disputes, not only to attack Christians but to attack Muslims, to attack Hindus, to attack people of other faiths.” 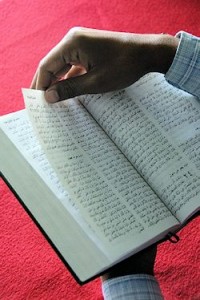 Efforts to stop their misuse have met with violent response. In the past, politicians who spoke out about changing them were assassinated. Even when the request was revision, there was resistance. For instance, Nettleton says, one of the suggested changes was, “If you filed false charges, you yourself would be punished.” It was roundly refused. Given that, he goes on to say, “It’s hard to imagine that there will come a point that a majority of Pakistanis would vote to change these laws or to take them off the books.”

For many, it’s a question of national identity. Nettleton explains, “To change the law would really be to move Pakistan way from Islam and away from protecting the Koran and protecting the reputation of the Prophet, so they see that as almost sacrilegious to even talk about changing those laws.” In fact, sometimes, even being accused of blasphemy is equivalent to the sentence itself.

In light of the legal changes to this part of the penal code, a legal charity working for persecuted Christians in Pakistan is urging the country’s government to end the misuse of the blasphemy laws. The Centre for Legal Aid, Assistance and Settlement (CLAAS) officially requested a review of the codes. The request was met flatly.

Meanwhile, those accused languish behind bars. “That’s what happens in these blasphemy cases: they drag on, and on, and on. Meanwhile, the person who has been accused is in prison, whether they are guilty or innocent. They spend years just waiting for the court process to work its way through the system.” 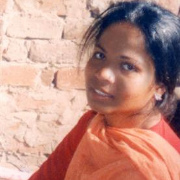 (Photo courtesy Voice of the Martyrs)

The Asia Bibi case is a perfect example of this. Nettleton says, “The accusation against Asia Bibi grew from a conversation where allegedly she simply made the statement that Jesus was still alive, but Mohamed was dead.” Bibi is a Christian woman who was convicted under the blasphemy law and sentenced to death in November 2010. The sentence has yet to be carried out, but she remains behind bars.

It’s apparent that something is stirring in Pakistan. Four blasphemy cases have been registered in a month–quadruple the normal monthly rate noted since 2011. It seems obvious that the situation for Christians has since declined. Worse, with the changes in penalties upon conviction, the burden of proof is placed on the accused. Nettleton says, “When you are having conversations, you do have to be careful what you say. You have to be careful to whom you say it and how they receive it. It obviously does have a ‘chilling impact’ on those who want to reach out with the Gospel.”

Despite this “chilling effect,” there are reports that the Church is growing. Believers are very careful about how they share the hope they have in Christ. As one church leader explained, “I don’t talk a lot about trying to argue with them about the Koran, or about Mohamed, or about Islam. What I do is I share my testimony and I share what the Bible says about Jesus Christ.”

Voice of the Martyrs supports the Pakistani Church. Not only are they helping the Bibi family, but they are also coming alongside leaders with encouragement, support, and training that helps them be effective.

A Church under fire: What can you do? Pray, give, or go. These links will point you in the right direction.

blasphemy lawschristiangospelgovernmentpakistanpersecutionvoice of the martyrs usa