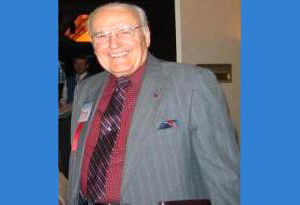 USA (MNN) — A senior missionary statesman is in need of your prayers.

Slavic Gospel Association has issued an urgent prayer request for SGA senior missionary Andrew Semenchuk, who is 88 years old and still actively serving, and who only recently returned home from ministry in Ukraine and Georgia.

“While overseas, Andrew began feeling unwell, but arrived safely back home in California,” said SGA’s Dr. Bob Provost in a message to supporters. “Subsequently, his condition worsened, and he was admitted to intensive care where doctors discovered that he had bleeding in the brain.

“According to Andrew’s family, the doctors are planning to monitor his condition for five days in hope that his condition will improve and make a surgical procedure possible.

“Such surgery is very delicate, especially at Andrew’s age. We are thankful to know that he is conscious, in good spirits, and as always, praising the Lord for his ongoing opportunities to serve Christ. Yet he is seriously ill, and we would ask you to lift this need before the Lord.

“Please also be in prayer for Andrew’s daughter, Ruthie, and family as they are by his side.”

Yesterday, SGA told MNN that doctors were waiting on tests that may suggest that Semenchuck’s condition is improving and surgery may not be as invasive as they originally thought.

Provost described Semenchuk as “one of the greatest missionary statesman of our time.”

He went on to add, “This has been a very difficult year for the SGA family, with several of our senior missionaries, staff, and families going through serious illnesses, and some have gone to be with the Lord.

“I would ask you to also remember the families of Nick Leonovich, Eugene Szczepanski, and Lydia Deyneka Felter, as they will be observing their first Christmas without their loved ones. I will keep you informed of further developments. Thank you in advance, and may the Lord bless you abundantly.”

Since 1934, SGA has been serving evangelical churches, helping make disciples of the people in the lands of Russia for our Lord and Savior, Jesus Christ, through prayer, strategic ministry, and financial assistance.